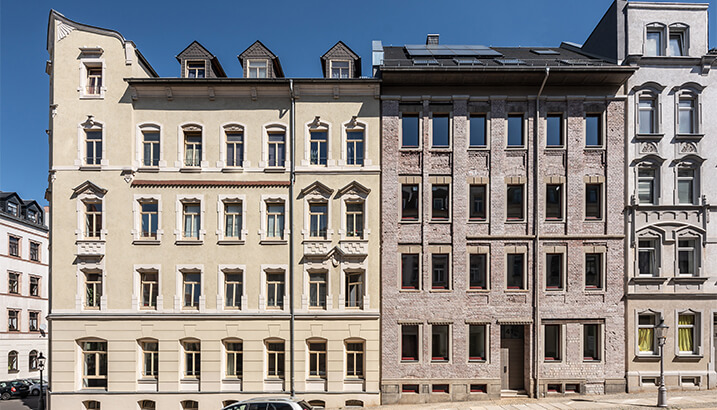 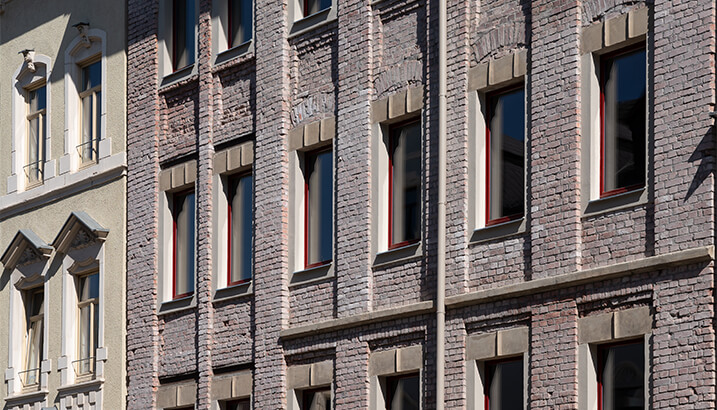 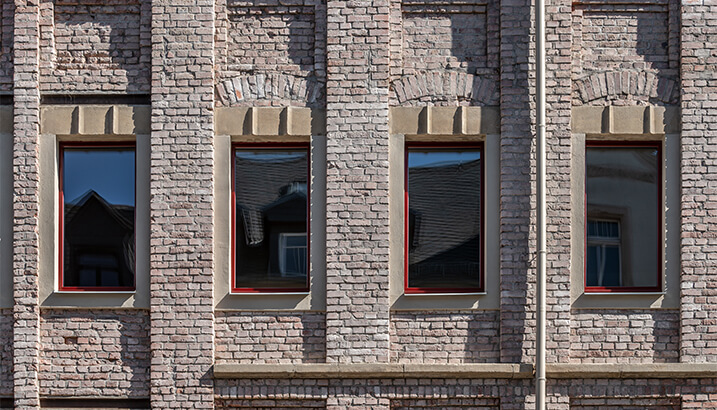 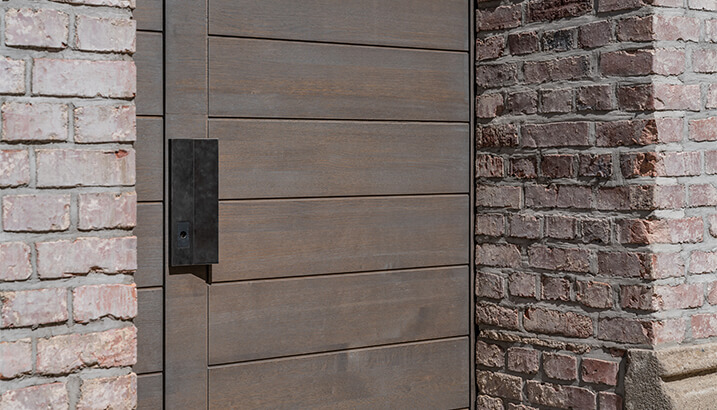 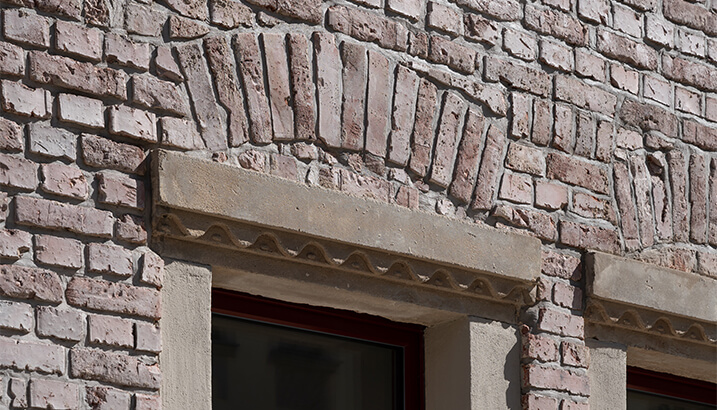 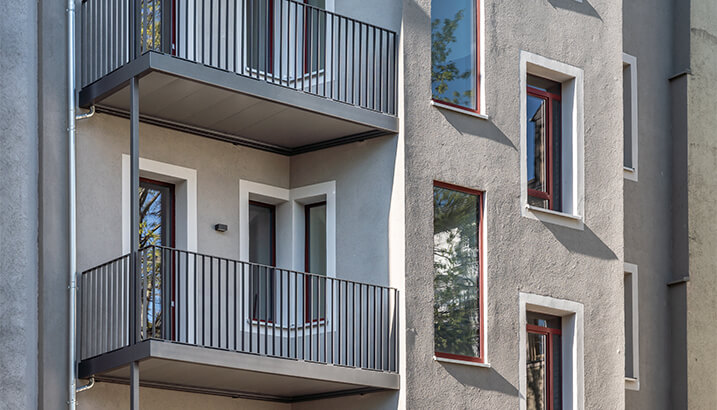 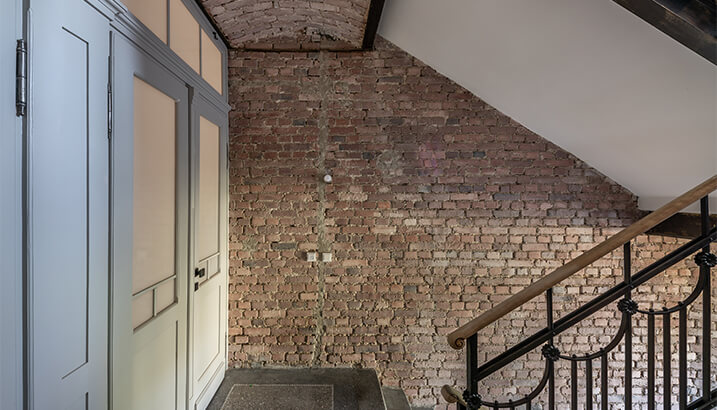 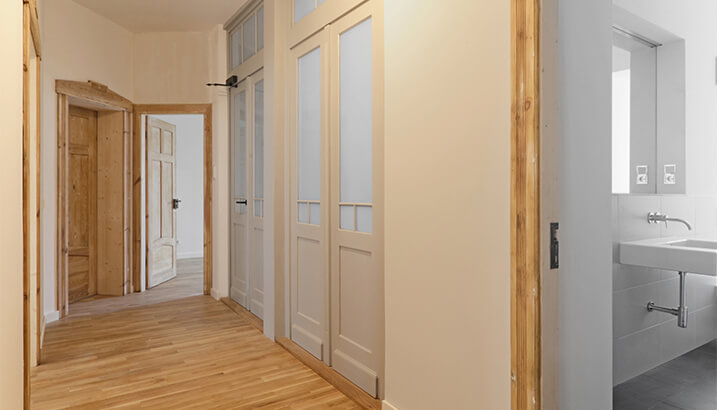 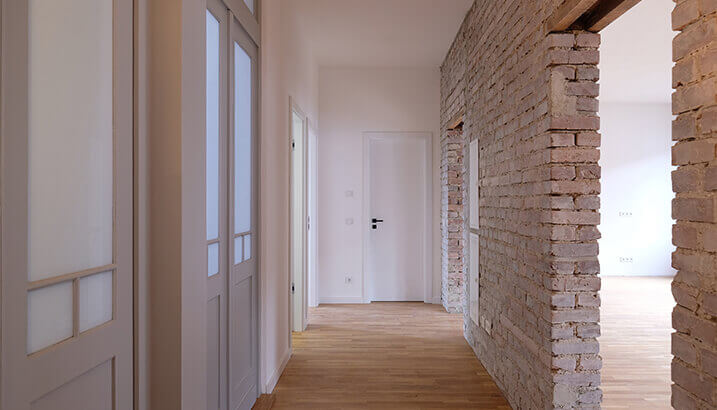 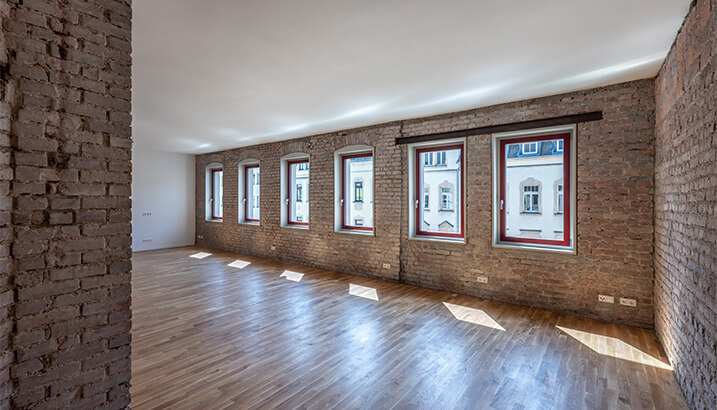 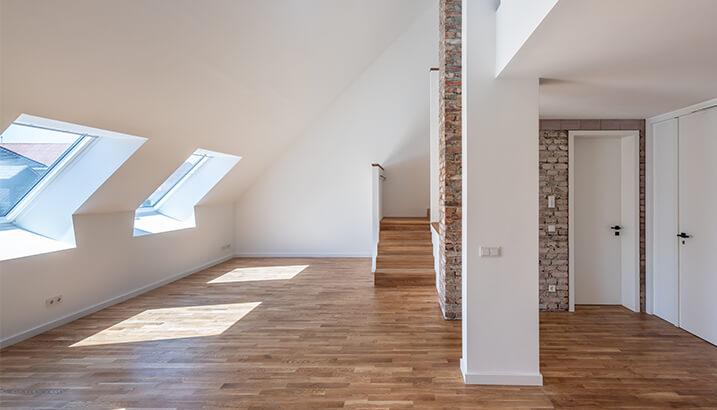 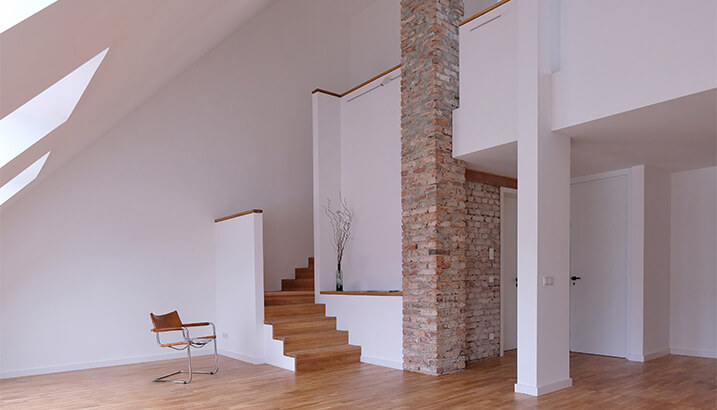 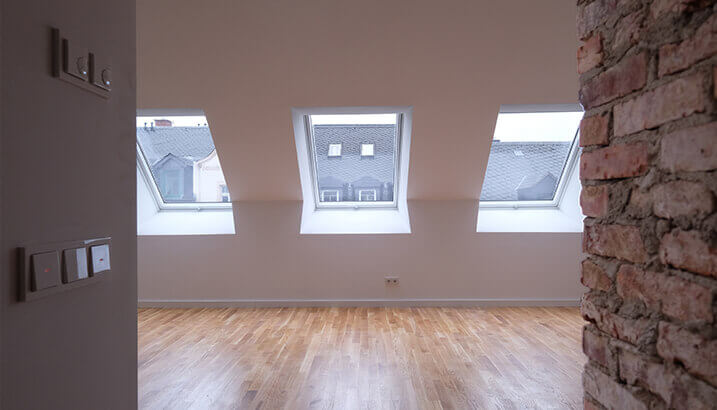 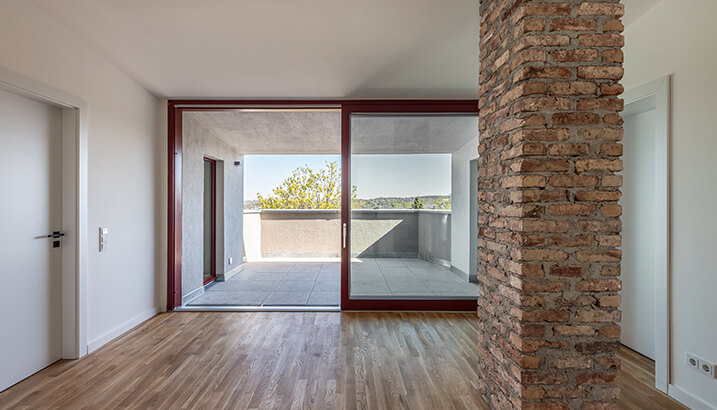 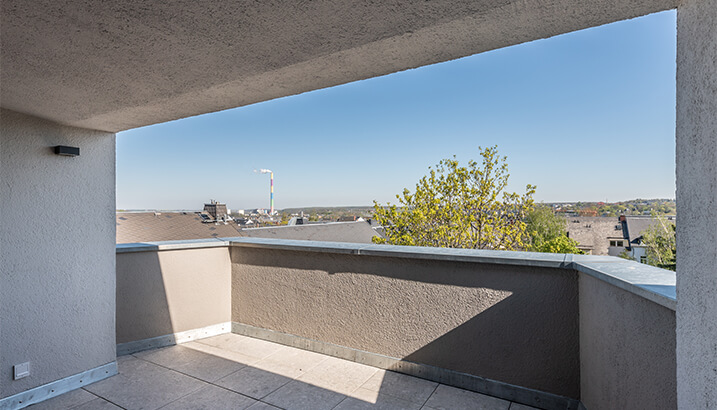 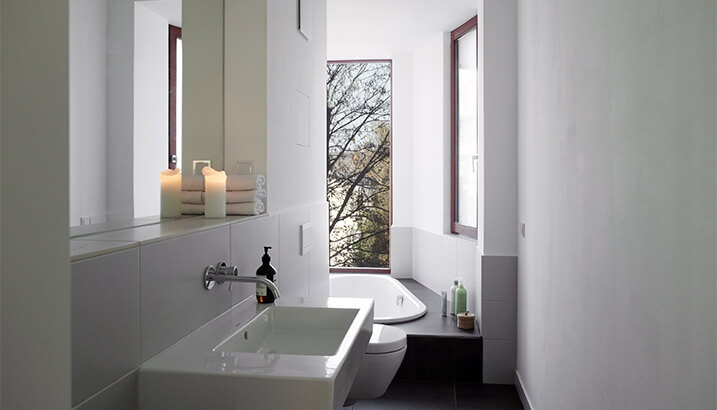 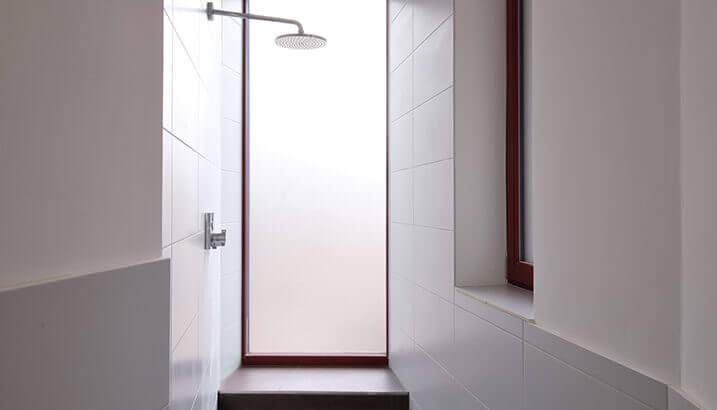 Built at the turn of the 20th century, the building at 41 Gießerstraße stood empty for almost 30 years.

While the surrounding buildings were gradually redeveloped and the Chemnitz Sonnenberg quarter grew in popularity, the roof became leaky, timber ceilings collapsed and ferns took root in number 41. For years, the efforts of the city of Chemnitz to revitalise the privately owned building were in vain. Only a compulsory auction made it possible to save the building at the eleventh hour. Due to its dilapidated condition, it was first necessary to restore the stability of the building and secure its structure.
The old timber floors were replaced room by room with suspended brick floors like a chessboard and the roof was secured against collapse. In the original design, the toilets of the flats were accessed from the half-landing of the central staircase. In the course of replacing the ceilings, the room heights were adjusted so that the former toilet space could be integrated into the new bathrooms. Now, if you lie in the sunken bathtub, you can look through a full-height window into the crown of the maple tree in the garden.

In contrast to the minimalist new elements, the brick walls of the staircase and walls of selected areas in the flats have been carefully freed from plaster, supplemented with salvaged original bricks and lightly glazed. The same principle dominates the appearance of the façade: Precisely crafted recesses hide the window frames and hold the narrow window casements. They contrast with the rough brick façade with all its irregularities and the visible wounds of the last century. The tectonics of the façade were further elaborated: Concrete lintels, cornices and steel girders were restored, the brick masonry with cassettes and pilaster strips was re-grouted and covered with a light mineral glaze and made hydrophobic. With respect for its original substance, the building was "further constructed": The roof was completely removed and rebuilt using salvaged bricks. By opening up the courtyard side of the roof, additional living space was created, oriented towards a spacious roof terrace with sliding doors. The restored apartment doors have been reinstalled exactly in their original positions. The internal doors in the building worth preserving were collected, restored and reinstalled in the "Once upon a time" flat on the first floor. In their unpainted state, they too show the traces of the past. The apartments also differ from each other. For example, only the two courtyard-side rooms and the bathrooms on the 3rd floor were plastered. The living area of the "Brick Lofts" - finished completely in exposed brickwork - extends without internal doors into the corridor. The distinctive materials of brick, wood (oak parquet), black steel, concrete and glass are natural, oiled or glazed such that their materiality remains tangible.
The energy concept, supported by solar thermal technology together with thick insulation, ensures an excellent energy performance that corresponds to that of a new building and achieves the KfW "Effizienzhaus 100" standard. The loops of the underfloor heating system are particularly tightly laid so that the flow temperature can be significantly reduced, thus further shortening the heating period. All materials were selected according to ecological and building biology criteria.
Sub-divisible rooms of up to 55 sqm and original ceiling heights of 3m create the feeling of space in the new flats. In combination with the exposed bricks, a transformed building has emerged which lives from the flair of the imperfect as well as from its minimalist aesthetics.

www.casa-rossa-chemnitz.de
to the project page before the renovation