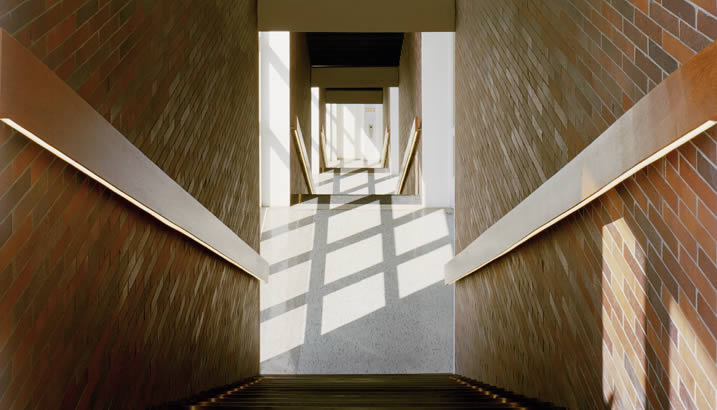 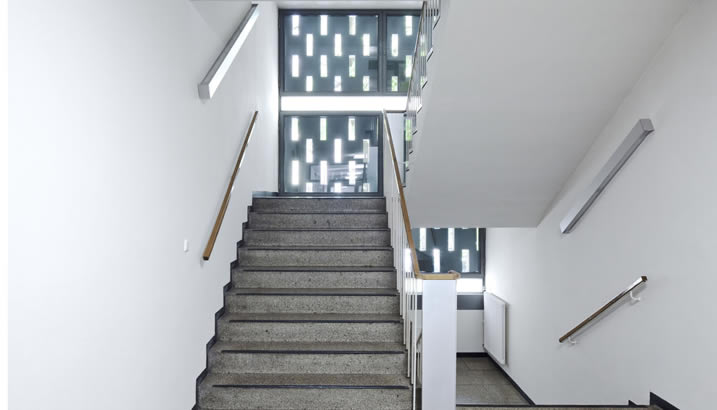 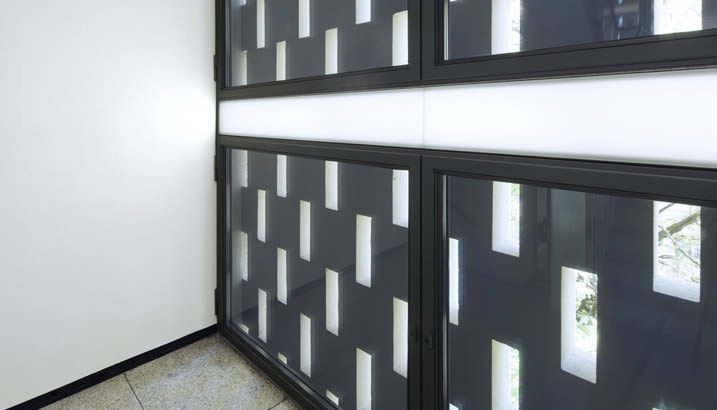 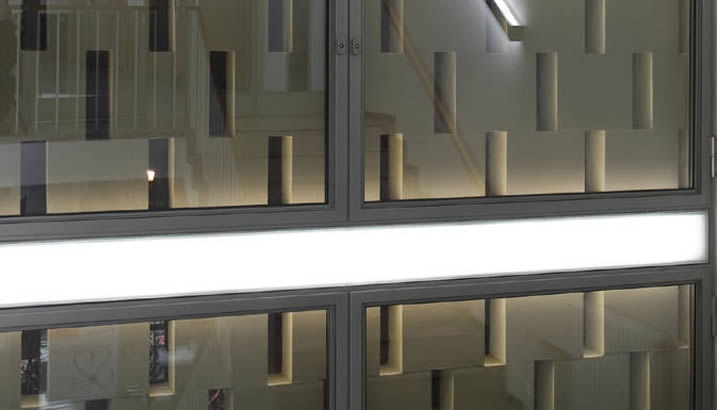 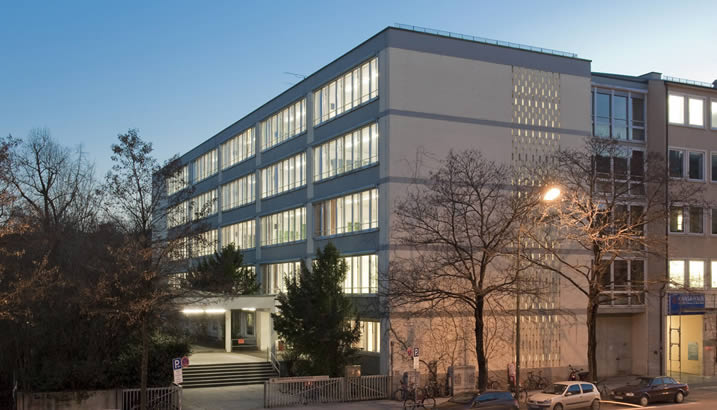 Energy-saving refurbishment during the operation of a listed 1960‘s school building by Prof. Fred Angerer.

The complete lighting system was replaced with high-efficiency lighting, which in the classrooms is controlled by daylight and movement sensors. LED light-ribbons were integrated into the original mahogany handrails corresponding to the light and dark contrasts within the ‚Sky stairs‘. The stairwell to Brienner Straße now incorporates lighting-bands integrated with the windows. Additional LED light-ribbons softly illuminate the filtering openings in the wall facing Brienner Straße. In character with the 60‘s architecture, the windows to the north facade, cellar and main entrance lobby were exchanged for high-insulated steel frame units with triple glazing.

Further measures include: replacing of the solar blinds, insulating of the 2nd basement level and roof, fire protecting plasterwork in the canteen area, upgrading of the fire alarm system.